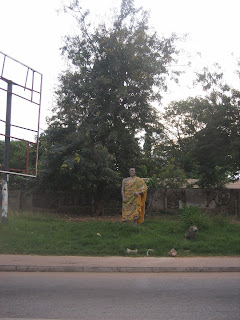 This is a documentary about the Asante- the largest ethnic group in Ghana. As you will see in the film, animal sacrifice is part of African rituals. In the USA a ritual was just celebrated where they sacrifice a turkey. It's usually the chicken who looses in Africa.
If you saw the photo of a ceremonial umbrella in my living room, you can see them in action in this film.
Posted by Aba at 10:30 AM No comments: 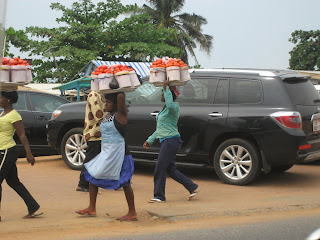 We all know the stereotypes about Africa. Would it surprise you to know that Africans have some strange ideas about "others"? Africans believe that foreigners (especially white ones) have no problems, have unlimited money, cars and all have high status.
They see outsiders as delicate. After all, they usually ride instead of walk and rarely carry heavy loads.
I was once in a farming village and walked a few miles to my hosts farm and then a few miles back. As we came out of the bush a crowd was gathering and they all started to clap. It was later explained to me that the enthusiasm was because they were surprised that I could walk so far.
Interesting perspective, as all the people returning from the farm (except me) were carrying heavy loads  on their heads and I felt like such a wimp for walking unburdened.

If you are a textile artist , buyer or just like to look at beautiful handmade textiles check out THE TEXTILE AND FIBER ART LIST at tafaforum.com
This is a very active forum that you can join or just browse.
If you are interested in Kente cloth you can read a post on their blog http://www.tafaforum.com/crossculturalcollaborative-textiles-in-ghana/ 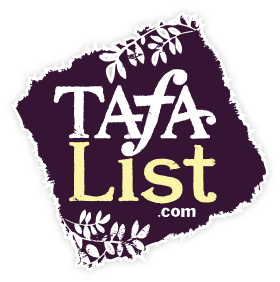 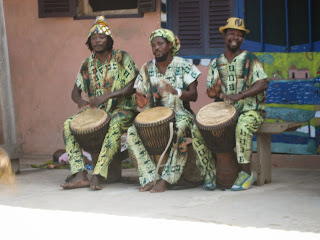 To be held August 12 - August 25, 2014 at Aba House. Here's all of the information:
http://kate-donohue.com/wp-content/uploads/Ghanaexpressivearts_therapy20141.pdf

Interact with African drummers and dancers, artisans and  storytellers.

Questions about the workshop: kate@kate-donohue.com
Questions about: trip logistics : aba@culturalcollaborative.org
Posted by Aba at 1:54 PM No comments: 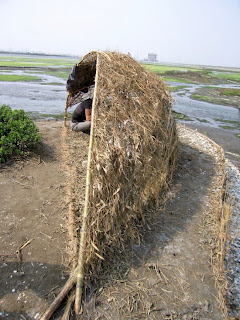 We usually write about Ghana,but we'd like to tell you about our friend Jane Ingram Allen who curates a residency in Taiwan.

It's an annual project using natural materials that are found in the wetlands where the residency is held.

Go to www.artproject4wetland.wordpress.com where you'll find all of the information for applying and some interesting photos. Deadline for applying is January 18, 2014.

Find Us Here Too

Aba
We want to introduce you to the people and culture of Ghana through workshops, tours, volunteer opportunities and visits to indigenous African villages. Get to know Ghanaians on a personal level.